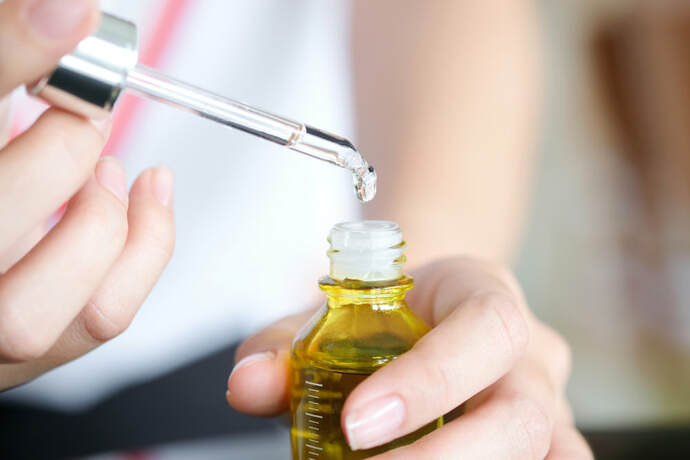 SO WHAT'S THE DIFFERENCE BETWEEN
NATURAL VIT​AMIN E AND SYNTHETIC?
A recent study from the University of Minnesota Equine Neuromuscular Diagnostic Laboratory, as reported by Dr. Carrie Finno, states that Natural Vitamin E may be up to 2 .5 times more bioavailable than synthetic formulas. Both in horses and humans, too! It means there's 2.5 times more uptake of natural Vitamin E by your body.

Natural E is recognized to be better absorbed and can pass through blood brain barrier where the disease exists. Most researchers and universities advocate 7,500-10,000 I.U.s of vitamin E during/post therapy for immune support for horses and 2,000 I.U.s for humans!

Why horses? Their bodies are very sensitive and their skin is purported to be 20 times more sensitive than that of humans. Imagine having your fingertip sensitivity throughout your entire body? That's the difference.

Equisoft Cream Vitamin E is natural and under the scientific term d-Alpha Tocopherol and ours comes from Sunflowers.

Natural vs. Synthetic Vitamin E. There is little difference between the natural and synthetic forms of most other vitamins. However in contrast, synthetic forms of vitamin E have less potency and are labeled with a dl- prefix.
Natural vitamin E known as d-Alpha-tocopherol  is ​the is most biologically active and natural form of vitamin E and its natural form consists of only one isomer. Another type is Tocopheryl Acetate which is the synthetic made with acetic acid which can be irritating to the skin. So be careful.

1)   Studies show that natural vitamin E is absorbed twice as efficiently in humans as the synthetic form of vitamin E. So make sure you see  'd-Alpha Tocopherol'  on the label! That's the natural form.

2)   Tocopheryl acetate is the synthetic made with acetic acid which can be irritating to the skin.